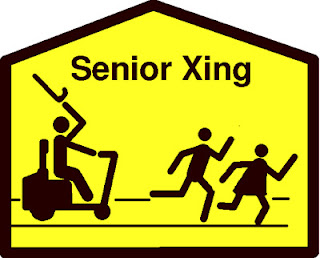 I guess my question this time is, "Why don't older adults give respect to the younger generation?"

First and foremost, I know that this is a blanket statement.  Not everyone from the older generation forgoes giving respect to their younger counterparts, but from what I have seen, it is very commonplace.

Secondly, I have been raised to give respect to my elders, so I do that.  I always try to respect those who are from the older generations, and listen to their advice, because there are nuggets of wisdom in what they say.

The problem is that they refuse to give respect to those who are younger than them.

Am I wrong in expecting that?  Am I wrong to expect that they respect me as a person?  Is it not possible that I may have nuggets of wisdom which I have gleaned from my own life experiences which I may impart to them?  Or is it that I am (and coincidentally always will be) just a child who has not lived long enough to know anything?

What is it, then, that will enable me to garner the same kind of respect which I give you?

If you could not tell, I have lately been having issues with those of the older generation not showing me any sort of respect, even when I show respect to them.  It has been going on long enough that I am truly annoyed with it, and I am almost to the point where I will refuse to show them respect until I am treated as I deserve to be treated: With respect.

And by treated with respect, I mean: